Budgets for IT security rise in Germany

During the pandemic, businesses increased their spending on IT security to an average of 7 percent of total IT spending.

In 2020–2021, nine out of ten companies in Germany had been victims of cyber-attacks that resulted in theft, espionage, and sabotage and caused total annual losses of 223 billion euros. These record losses are more than twice as high as during 2018–2019, when they were still at 103 billion euros per year.

Facing these threads and the new working realities of home and remote work, almost two-thirds of all companies have increased their spending on IT security products and services. 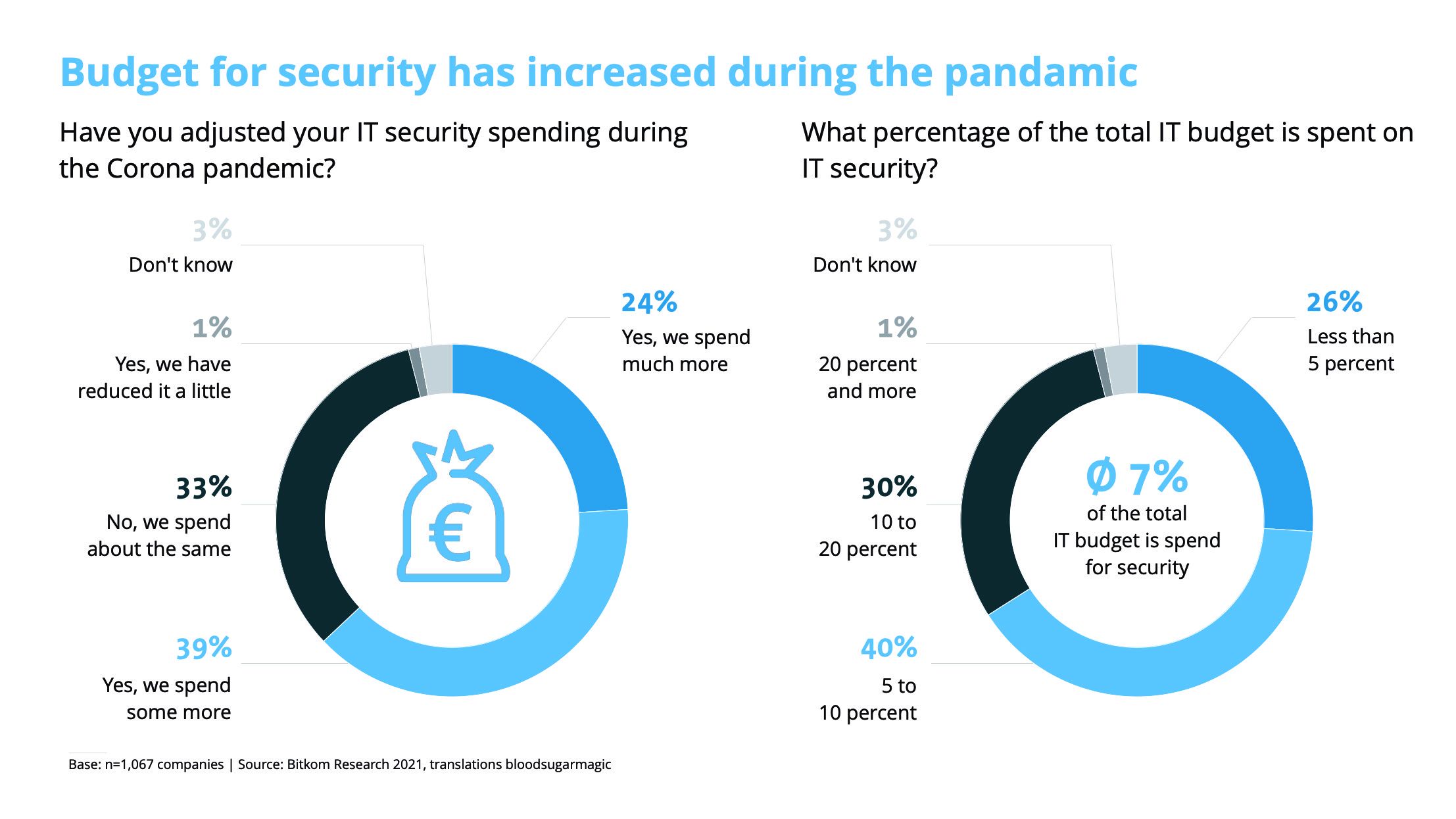 Currently, three out of ten companies spend up to 10 to 20 percent of their total IT budget on IT security. New deployment and operation models such as SaaS and cloud computing created a new understanding to protect data and systems against cyber threats.

“Digitalization is finding its way into more and more business processes every day. Thus, IT spending in total will naturally grow, and IT security spending will likely grow even faster, as decision-makers have learned how mission-critical IT security is.“

All rights reserved. If you would like to use some content from this site, please get in touch.